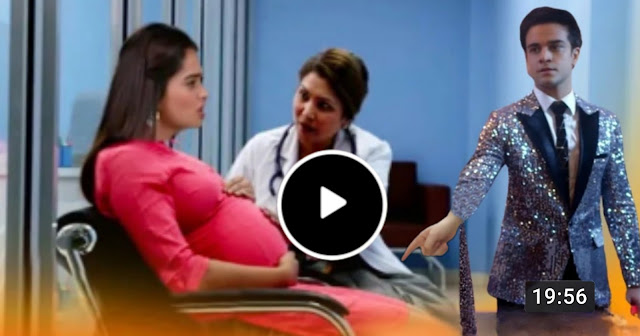 We are back with some update of your favourite show Kumkum Bhagya.

Here we see that Prachi says to The that your condition was bad seeing my condition. Rhea says it was a weak moment, as they have the same parents, and says she remembered mom’s saying that they shall take care of each other. She says she did a mistake by saving her, and says I was cursing myself and wished that you shall die. She says yes, I wanted your death and says because of you, I have lost so much. She says it would have been good, if you had died. Prachi asks what are you saying?

Rhea says she is not lying and says she has not just wished. She says I have sent Nick to kill you and says even today infact, I was about to hit you, but some other car hit you. She says my mind was not working for 5 mins and I saved your life, I did a big mistake and even now repenting. She says if I get chance in future then I will kill you else will pray for your death. She says until I am alive, I will pray for your death. Prachi is shocked. Rhea says Ranbir is just mine and I will snatch him from you at any cost, remember this. She walks out of the ward. Prachi cries. Shahana comes to the hospital and thinks to make Ranbir have mangoes.

Rhea asks Shahana, where was she? She says you should be with Prachi. Shahana asks what happened? Rhea says Prachi was about to die, and says if you would have been with her, then I wouldn’t have done what I did today. Shahana asks where is Prachi? Rhea says that day. She thinks both are same. She walks out of the hospital. Pallavi is in the hospital still and thinks Vikram reacted strangely.

Dida calls Pallavi. Pallavi picks the call. Dida asks where is Prachi and asks her to make her talk to her. She says she came to know from Vikram. Pallavi says Vikram is not here, and ends the call, making excuse. She sees Ranbir going and asks Doctor where is Ranbir going? Doctor says he is going to lab. Pallavi asks him not to hide anything from him, and asks him to tell why did you stop him.

Doctor says Ranbir requested me to shift him to the room near Prachi’s room and says he is very happy with her and he don’t need any medicine. Pallavi is angry. At this episode gets over. To know the morw update wait for next episode.