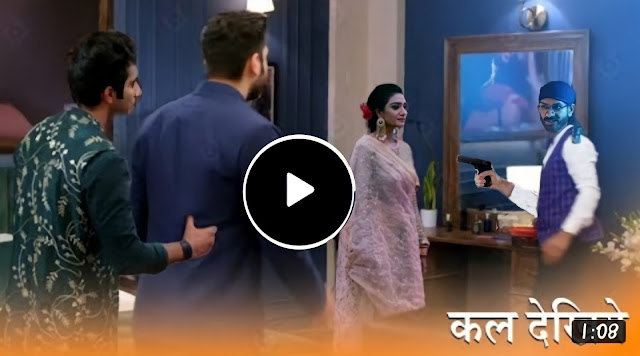 In this episode we see that how Fateh cares for teju. She looks at him. He asks what happened. She says I couldn’t sleep well since many days, and so much tension. Fateh says I will drop you home, take rest. She says no, I will go by cab. She goes and worries thinking why am I feeling strange since 3-4 days, I have to go to the doctor.

Lovely talks to her relative on call. She gets scared seeing Tanya. Satti asks Tejo to sit and have breakfast. She gets tiffin also. Tanya asks why. Satti asks are you not going to college. Tanya asks why will I go. Lovely says I thought you will do a job again. Tanya thinks how did I forget. She says no, I don’t want to.

Satti gets the parathas. Harman says Fateh has come, who called him. Tanya says I have called him, I had some work, I have to go, I will have some food there. She leaves. Satti says don’t know what happened to her. Lovely thinks chudail has got over Tejo, else she would have not done this. Gurpreet lights the diya near Amrik’s pic and prays. She cries.

Fateh is with Tanya. He asks her not to do anything wrong. She asks why did we stop here. He says I got some gifts, I want you to give this from your side, from Tejo’s side, she will be happy. She asks how would I know. He says I have written names. They argue. He says I don’t love you. She asks how did this topic come. He says you can’t imagine who was Tejo, she was so caring and loving, she used to help everyone and never forget anything, she used to say that we live for these relations. She says you loved her a lot, you miss her a lot. He says yes, I loved her a lot. She says it would be tough to keep her memories away when you see me. He says I hate you, we are in this situation because of you, just your face matches her, not your nature. Jasmin checks the pregnancy kit result. She is shocked to see the positive result. What will happen with jasmine keep visiting our site.thanku